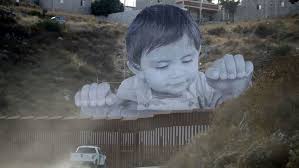 Two days ago, I blogged about a certain kind of family separation, one marked by actual choice and great privilege.  Thank you for indulging that meditation.

Today, I am writing to remind us all about the acute nature of family separations at the Mexico-United States border and beyond.  Although I’ve mentioned this horror in many blog posts over the last two years (e.g. Cages, Criminal Justice Reform, Census Questions, and the Criminal in the White House), I have had trouble addressing it in direct and specific ways.  This is due, in part, to the scope of the matter, and due, in part, to the brutal reality of raids, separations, deprivations, and deaths at the hands of U.S. officials.  “Brutal,” relates to “brute,” from the Latin brutus, “dull, stupid, insensible,” but also to the phrase “brute force.”

While we appropriately wonder at the “president’s” “offer” (“Trump has defected,” The Atlantic, 8-21-19) to purchase Greenland and his subsequent gendered and decidedly undiplomatic dismissal of Danish Prime Minister Mette Frederiksen, we are somehow paralyzed by our nation’s inhumane acts at the border.  Of course, as has been the case throughout this three-year resistance, tens of thousands of fine people are finding ways to address the legal and humanitarian aspects of the border.  The ACLU, Al Otro Lado, and the many lawyers, interpreters, and journalists who have worked at sites like the Dilley Detention Center (in Texas) come to mind as representative of the brilliant and kind-hearted people who are doing the hard work of stemming the tide of Trump’s cruelty.

Nevertheless, the situation worsens daily.  ICE raids work in tandem with certain employers, who have hired immigrant workers and then allowed ICE to haul them away. The United States, under this cruel and crazy man, continues to create problems and then blame others for them.  We supply the guns that contribute to increased violence in Central America, and we demand, in enormous quantities, the drugs that fuel cartels, their competition and their violence.  We also consume natural resources and energy at an alarming rate, causing global devastation and environmentally-motivated migration.  We reinstate a global gag rule to cut aid to developing countries’ healthcare systems (now affecting thousands of U.S. citizens as well, with the cuts to Title X funding). We create all-too-legitimate causes of migration and need for asylum, and then we brutalize those who arrive at the border seeking asylum because they fear for their own and their family members’ lives. We allow children to go without food, water, medical care, and legal aid.  We put them in cages.  We neglect long-term family separation cases.  The United States is doing this.  The United States is causing, contributing to, and exacerbating these globally life-threatening issues.  The “credible fear” interview at the cornerstone of asylum cases is all too credible on both sides of the border.

This is the kind of family separation that empties out hope, makes us desperate.  Enhanced understanding of these issues must lead us to unseat the people making the horror happen, remake the more than misguided U.S. foreign policy with Latin America, and unlearn the cruelty that has become part and parcel of these “United” States. 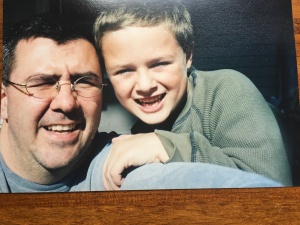 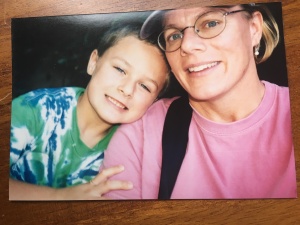 (A way to really embarrass your child!)

This past weekend, I drove with our son, our first-born, nine hours north to take him to college.  Actually, he was headed to a community service program that would precede first-year orientation.  “Nuestro gozo en el pozo,” a line I have cried over in private and in class (those who are regular readers of this blog know that I fear not the public flow of tears), ran through my mind as my son snored sleepily at my side for the first two hours of the trip.  But I wasn’t thinking of the “well” as a stony resting place, but rather a place from which our son could draw bucket after bucket of thirst-quenching knowledge and surprising friendships and amazing adventures and a profound sense of self, all of which he could channel back towards the world in his own way.  Of course, I was thinking of “gozo” as joy, from rejoice, and of our son as an unmitigated, undefinable, undisputed joy of almost 19 years.

When Charlie was born, a poet friend of mine from Mexico City asked me how life had changed.  I remember being glad we were speaking in Spanish, which seemed to give me an expanded way to offer an answer.  I said, “El niño nos va enseñando a amar de maneras infinitas.  Me doy cuenta de lo infinitos que somos todos, de que el amor es matemático, es el infinito, es la infinidad” (rough translation: “Our child is teaching us to love in infinite ways.  I’m realizing that we are all infinite, that love is mathematical, that it is infinity itself.”)  I’m lucky my interlocutor was a poet—he was all in.  In a way, I think the birth of our second child was easier because we were already prepared for infinity, for more gozo.  Prepared, maybe, to figure out how you can be so thrilled for another human being’s next adventure and simultaneously devastated by their departure. The pozo, then, for this parent also evokes the stillness or stoniness of loss.

In the three days since our sloppy (on my part) and public goodbye, I have experienced many more emotions than I had anticipated. I have been delighted to have occasional communications with Charlie, who feels right at home in his new place.  On the home front, Charlie’s departure has felt ridiculously akin to my mother’s death of two years ago, and to the recent death of my husband’s mother.  I do not like admitting this.  This moment of great privilege should not encourage any grief or complaining on my part, I know this.  But it does.  Sobs emerge uneven and choking in the “I don’t believe this has happened” way, and I have to avoid casual acquaintances so they don’t have to comfort a relative stranger when they ask her a simple question.  (Yes, I had to pull over to the side of the highway on the car ride back; yes, my eyes keep welling up when friends and family ask how Pat, Susanne, and I are doing; yes, seeing an accidental fourth plate at the dinner table hits deep; and, yes, I can’t imagine my husband’s double loss, since he also taught Charlie for years.) Every part of Charlie’s next adventure seems fascinating, and I delight on his behalf.  I just didn’t expect any part of the experience to feel like death, to land us in the pozo.  The fourth plate, the empty room, the music stand, the piano bench, the ratty old sneakers.  They are all the well.

This lament is particularly silly when I consider how many times I will see Charlie over fall term, how social media makes him so present, how lucky I am to love him and his sister and dad so much.  But there you have it—the infinity of the ways in which we love, or just the infinity of love, translates as well to true lament.  We understand why Pleberio says, “Oh” more than a dozen times in his speech and why the speech seems to sport only exclamations and rhetorical questions, made all the more dramatic as they are framed by double exclamation points and double question marks in Spanish.  Sometimes you need another language to express the hyperbole you feel.

As we packed Charlie off, I gave him some advice (quite different from the one rather bald but well-meaning bit of advice my father gave me).  In the end, though, he does not need the advice, for I believe he already knows how to love infinitely.  May he fare well! 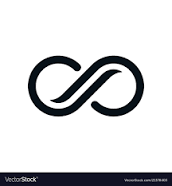