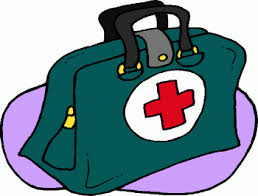 How many of you out there have a pre-existing condition or know someone who does?  Hmm, let me count, yes, that looks like, well, everyone.  Do you have a father with prostate concerns or diabetes or a weak heart?  Do you know women who have given birth? (I’m guessing you know a few.)  Have you ever heard of a newborn with a serious medical condition?  Do you have or know children with special needs? Are you someone or do you know someone who has limited funds for routine care and/or unexpected medical needs?  Do you live in a state that has rejected federal funds for Medicaid expansion?

As I write this, the roll call of House of Representatives votes on the American Health Care Act (AHCA) is in.  217 Republicans in the House voted to pass it.  Not one Democrat did.  Final tally: 217-213 (with 20 Republicans voting against and one no vote).  *See this link for the full list: http://clerk.house.gov/evs/2017/roll256.xml.  Excuse my French, but this is absolute bullshit.  Hyperpartisanship is killing the United States public.  I’m no longer just speaking metaphorically.  This health care act is killing us.  (Remember: The ACA was helping us.)

The representative from my district in Virginia, Bob Goodlatte, declares himself proud to appear on the list of “ayes.” He is, kindly put, a Trump lapdog.  Goodlatte, in the company of mostly white, male, and Christian Republicans (*see this slideshow for the demographic breakdown of the Congress: https://www.usnews.com/news/politics/slideshows/the-115th-congress-by-party-race-gender-and-religion), has again chosen to ignore the constituents of Virginia’s Sixth District in order to pander to national, damaging trends.  Why do the demographics of our members of Congress matter, you might ask?  They matter because Trump and the trumpkins continue to push a traditional supremacist agenda that benefits them and their cronies and deeply damages the lives of those who are not like them.

We know this to be true if we do our own sample roll call of executive orders given since January 20, 2017:

“Comprehensive Plan for Reorganizing the Executive Branch” (seeks to give more power to the executive; 3-13-17)

“Enhancing Public Safety in the Interior of the United States” (crackdown on sanctuary cities; 1-25-17).

Many of the executive orders emphasize an expansion of executive power.  Look at the words.  Pay attention to the rhetoric, which both discriminates and co-opts language from the left. If you’re not a trumpkin, you are less than human.  If you are black, LGBTQIA+, Muslim, a woman, Latinx, or from another nation, you don’t deserve to live here, work here, love here, or be cared for here.

Make sure to take a look at Alabama’s H.B. 24, which was signed into law two days ago.  The bill allows “some state-licensed adoption and foster care agencies to reject qualified prospective LGBTQ adoptive or foster parents based on the agency’s religious beliefs” (cited here on the Human Rights Campaign website).  It is challenging and soul-sucking to absorb this bald discrimination and hatred.  Furthermore, again, look at the words.  Pay attention to the rhetoric.  This bill is called the “Child Placing Agency Inclusion Act.”  The use of “inclusion” co-opts language from the left and can easily lead to false conclusions about the legislation itself.  There is nothing inclusive about this legislation.  It excludes LGBTQIA+ individuals and couples from adoption and fostering.  It reduces the pool of prospective parents and excellent caretakers for children in Alabama.  It is bullshit.

The partisan Indivisible guide provides information here about the AHCA, or Trumpcare.  They state starkly that there are 10 principal reasons for which we should worry about the AHCA.  I am copying and pasting them here because we need to see the numbers and read the discrimination, and we’re going to need to keep bringing this proposed (and half-passed) devastation to the attention of people in the United States:

IF YOUR REPRESENTATIVE VOTED FOR TRUMPCARE, THEY VOTED TO: