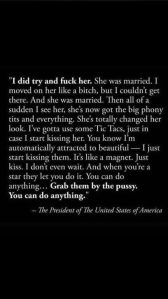 I am so thoroughly mad about all of it.

Let me start with the active shooter who last night roamed the halls of my father’s assisted living facility, and then we’ll see how much more “all of it” I can cover.

Last night a gunman shot two people at the Pennsylvania retirement community/assisted living facility where my father lives.  The news reported his “active shooter status,” which remained in effect for hours.  The assassin killed his parents, who lived in the apartment across from the one where my dad’s best friend lives.  Let me repeat:  an active shooter took two lives last evening and moved freely through this assisted living facility.

There is more to the story, of course, besides my siblings’ and my anguish about our 84-year-old dad being alone in his apartment, unaware of what was going on in the hallway outside, and not schooled in the world of text messages.  The gunman had first gone to the home of his ex-wife, shot at her in her driveway (he did not succeed in killing her), and then proceeded to the retirement home/assisted living facility to kill his parents.  It turns out he had received divorce papers yesterday.  Here we are, then: yet another incident involving a man angry at a woman and attempting to control her—her decisions and her physical movements–through profound violence and supported by—let’s just say armed by—his country’s love of guns.  (*See this Gender Shrapnel Blog post on gun violence.)

We know it is all linked: the hatred of women, and especially of women who make their own choices, and the need to control those women through violence, often sexual violence, often murder; the hatred of people of color, any person of color doing any daily action in any private or public space, and the need to control people of color through violence; the Islamophobia directly fomented by United States’ leaders and the careful, steady encouragement of U.S. Christian heteropatriarchy (yes, I went there); the dog whistles and direct calls to violence against women, people of color, members of the LGBTQ community, and non-Christians; the reduction of full human beings to less than human beings through violence enacted on their bodies; the love affair with the NRA lobby and guns, guns, guns; the KKK; the United States government.  We have rapists, abusers, and/or harassers in all three branches of the government, that’s how thorough we are.  One simple and startlingly tragic headline exemplifies our nation’s fascism: “Detention of Migrant Children Has Skyrocketed to Highest Levels Ever” (reported on 9-12-18 in The New York Times).  Read this paragraph from the article, and take special notice of the word “quietly”: “Population levels at federally contracted shelters for migrant children have quietly shot up more than fivefold since last summer, according to data obtained by The New York Times, reaching a total of 12,800 this month. There were 2,400 such children in custody in May 2017.”  I think “quietly” translates to “chillingly.”

I usually try to write in measured tones in this blog.  I like having readers of all sensibilities (who love curse words, who hate them, who believe it’s worth it to reach across the aisle, who think that’s folly, who identify in many different and open ways, who choose no labels, etc.).  I have no measured tones to offer today, though.  Boiling mad, hopping mad, flummoxed, frustrated, exhausted, yes, these terms all work.  But I am also absolutely fucking seething about the state of things right now.  I am fucking seething at the goddamned patience too many people are demonstrating.

Enough people have already written far better than I can on Brett Kavanaugh’s bid for the Supreme court and Dr. Christine Blasey Ford’s bravery in coming forward to make sure the U.S. public understands the kind of person he is.  (*See for example this op-ed by Anita Hill and this performance by Samantha Bee; I also want to recommend this piece by David Roberts for its appeal to “dudes” and its nuanced explanation of #MeToo.)  By the way, make sure to see Samantha Bee’s clip of Kavanaugh joking around in 2015 (that’s three years ago, not 36, for you folks paying attention at home) that “what happens at Georgetown Prep stays at Georgetown Prep, and that’s good.” I have written on a few occasions on Trump and Thomas (for example, here) and our not-so-subtle ability as a nation to get rapists and harassers into the highest offices of the land (for example, here and here), rewarding them for their many outstanding contributions to the Christian heteropatriarchy.

In the meantime, Serena Williams also had to apologize again for being a black woman in a white space.  It was not enough for the French Open men and women to infantilize Williams by, as my high-school-aged children would say, “dress-coding her.”  Then the U.S. Open officials also had to attempt to force obedience through unexplained point and game penalties, a $17,000 fine, and a press conference in which Williams could address only the gender disparity in behavior expectations and not the race disparity.  (See Claudia Rankine’s Citizen for a full analysis of this, as well as her op-ed in The New York Times.)  I say this all the time, and I do not know how it strikes women of color when I do, but Jesus Christ, what privilege I have to manage only the gender piece.  There is such weight, such unrelenting weight to bear.  Hurray for Serena Williams, and hurray for Naomi Osaka, too.  They both kick freaking ass.

On my own campus, we continue to play nice with racism, refusing to make any serious progress on the recommendations made so thoughtfully in the wake of the August, 2017, events of Charlottesville by the Commission on Institutional History and Community.  We are so patient and so nice with the people who still really like our institution’s legacy of slavery, demonstrated through such hallowed names as George Washington, Robert E. Lee, and John Robinson, names that identify the school and are celebrated on many of its buildings.  As the recumbent Lee lies in state in the back part of the altar of Robert E. Lee Chapel, we count on invitations to esteemed speakers of color to disrupt the white, sacrosanct monumentality of it all, rather than taking steps ourselves to dismantle the space for university functions.  Oh, it’s so nice to be nice, isn’t it?  Such a relief?  Nothing like again using the bodies of people of color to do the work that can and should be done by white people.

Please know that I am not saying that all members of my community are idle in the possibility of real change.  Quite the opposite is true.  Good people are tackling these issues from many different angles, expressing their views in sensitive ways, and insisting upon a change that just seems too long to come.

There are real and metaphorical active shooters on the loose, and the level of vigilance required takes its toll. How many of these good, thoughtful people inhabit bodies that are less healthy than they were two years ago?  As we battle the criminality and utter lack of ethical standards of our nation’s leaders, how can we also find time to take care of ourselves and each other?  This question is plaguing many groups of which I am a part, and I believe there are few ready answers.  The only thing I know to do is to keep at it, all of it. 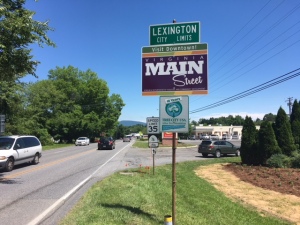 (Main Street Lexington sign on the way into Lexington)

Today I’m sharing the Letter to the Editor I wrote in response to some unbelievable–truly not believable–reporting from The Roanoke Times.  I’ll add a link if the letter gets published. (Here it is, published on 9-20-18.)

Dear Editor of The Roanoke Times:

I read with dismay Alison Graham’s article titled “Lexington-area tourism group beefs up marketing in wake of Red Hen controversy” (September 2, 2018).  It is September, and the article features photographs from early July, neglecting to state that there have been no protesters outside the restaurant for months and that business is brisk, not only at the Red Hen, but throughout Lexington’s downtown restaurants.  The City of Lexington has released its July, 2018, statistics for tax revenue from meals: $113,641 (*see the Lexington City website for a PDF of the official figures).  This is a 1.4% increase from July, 2017.

Graham not only neglects to cite the increase in meal activity and revenue in the city, but she also cites “a slew of negative media coverage.” Full, responsible reporting would reveal publication after publication that lauded the quiet but firm action of the owner of the Red Hen back in late June.  Not to report on actual revenue data and real, positive coverage of the Red Hen event is to present biased information.  Furthermore, in the article, Graham uses the word “emergency” three times and the word “desperate” once.  How does a revenue increase imply any kind of emergency or desperation?

Why do these misrepresentations matter so much?  They matter because (1) facts should be crucial to fair reporting; (2) the Associated Press wire picks up this type of one-sided piece and then spreads the misinformation nationwide; and (3) our country more than ever needs to rely on careful, full reporting from its media outlets.  The AP wire translates the Graham article as “tourism suffering after The Red Hen denied Sanders” (reprinted in your paper on September 2, 2018).  As demonstrated above, this broadly distributed information is false.

I would hope that The Roanoke Times and the employees of the Rockbridge Regional Tourism Board would want to and choose to offer the truth—no protesters, positive coverage of what happened at The Red Hen, increased meal revenues, and seven new businesses opening in downtown Lexington.

Sounds quite robust to me! 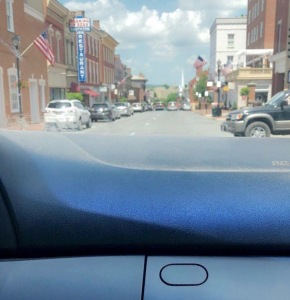